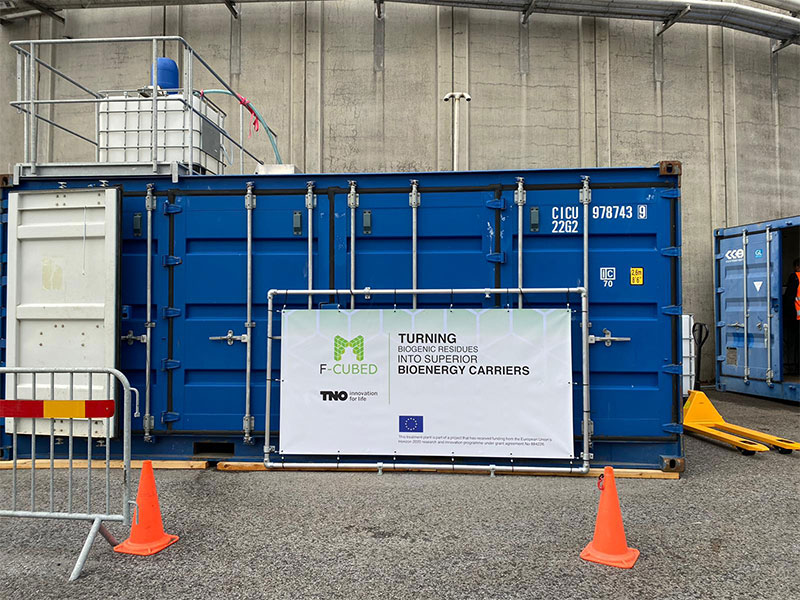 The pilot campaigns in Sweden

This past august the F-CUBED team worked hard to achieve an important milestone in the project. The TORWASH® pilot plant and the Limburg Filter press were installed on the site of Smurfit Kappa Pitea in Sweden and were prepared to perform the first functional testing.

First the TORWASH pilot plant was transported to the location of the paper factory of SKP in Pitea, it was installed and adjusted for the first pilot tests. A team of operators, members of TNO and members of SKP prepared months earlier for this event, and worked together to receive the plant and ensure success in the installation. A week after the installation of the TORWASH pilot plant, the Dewatering Pilot plant was transported to SKP and installed on locations, and prepared for the dewatering tests.

The TORWASH pilot plant is going to be operated continuously for 400h with the feedstock batches of paper sludge and the product to be obtained is a bio-slurry, that will be evaluated in terms of dewaterability and organic loading. With the membrane filter press the slurry is going to be dewatered and afterwards transported to the pelleting facility of CPM.

Phase 2 of the project has already started, the pilot campaigns. Next, the plants will travel to Italy with the F-CUBED team, to be installed and prepared for the next functional testing in APPO.

Stay tuned for the journey through the pilot campaigns.

We are professional and reliable provider since we offer customers the most powerful and beautiful themes. Besides, we always catch the latest technology and adapt to follow world’s new trends to deliver the best themes to the market.